The Owl House Wiki
Register
Don't have an account?
Sign In
Advertisement
in: Seasons, A to Z, S,
and 2 more

It consists of 21 episodes.

The second season follows the main characters working together to get Luz back to the Human Realm, Eda to face her curse and search for the truth about King's past while confronting Emperor Belos and his minions who are preparing for the "Day of Unity", which wants the unification of the Demon and Human Realms. 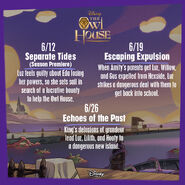 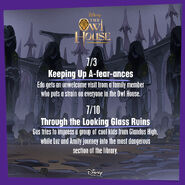 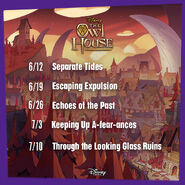 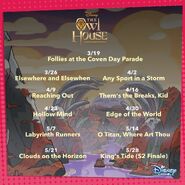